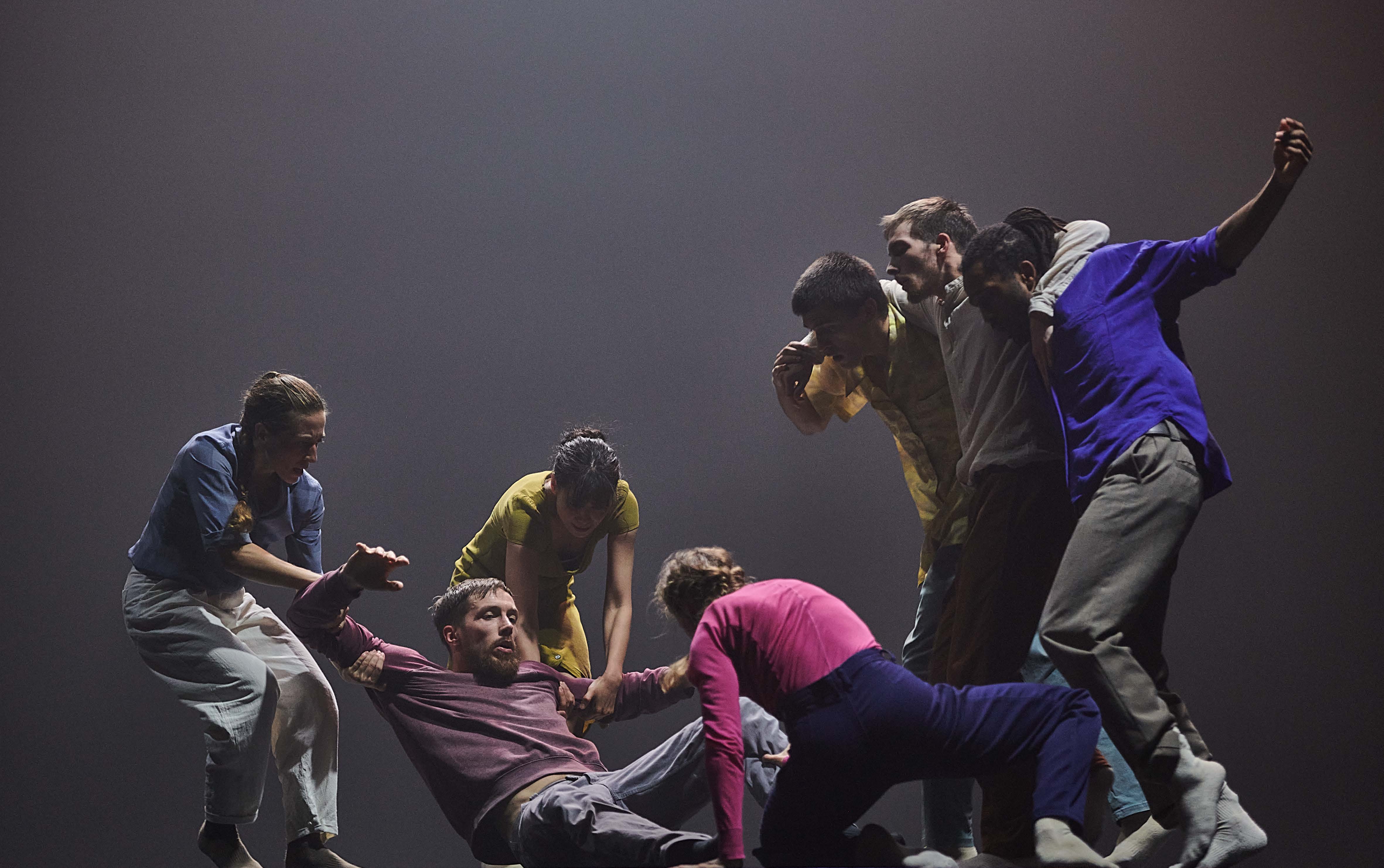 Hofesh Shechter Company has announced further dates for the critically acclaimed Double Murder, presented as two distinctly contrasting pieces for our times – Clowns and The Fix.

This thrilling new creation premiered at Sadler’s Wells in September to great applause and is currently playing across Europe as part of an extensive international tour. In 2022 Double Murder will return to the UK performing at Brighton Festival (7-8 May) before culminating at HOME, Manchester (22 – 25 June).

Hofesh Shechter said “I am very excited to bring Double Murder to Brighton Festival and HOME, Manchester next year.  It’s been two years in waiting and coming back to these theatres is a special moment for us all – these are theatres that have a deep-rooted connection to my company and my work, a connection I am eager to share with our audiences again through Clowns and The Fix.  We live in a very different time now, yet those first sparks generated within the creation studio in 2019 – the sense that hope was our most valuable currency, has never left us. We experienced powerful things in the studio, and now we are putting it raw on stage in order to share and preserve that power and reignite that hope.”

With a sarcastic nod to our ever-growing indifference to violence, Clowns unleashes a whirlwind of choreographed anarchy, asking how far are we willing to go in the name of entertainment.

Shechter’s new creation, The Fix, brings a tender, fragile energy to the stage. It offers a human, raw and compassionate moment where violence, tenderness and hope are all laid bare through Shechter’s achingly beautiful, cinematic lens.

Double Murder is supported by the International Music and Art Foundation.

Public Booking opens for Brighton Festival on ?  and for HOME Manchester on 6 December.

For a full list of our tour dates head to our What’s On page?