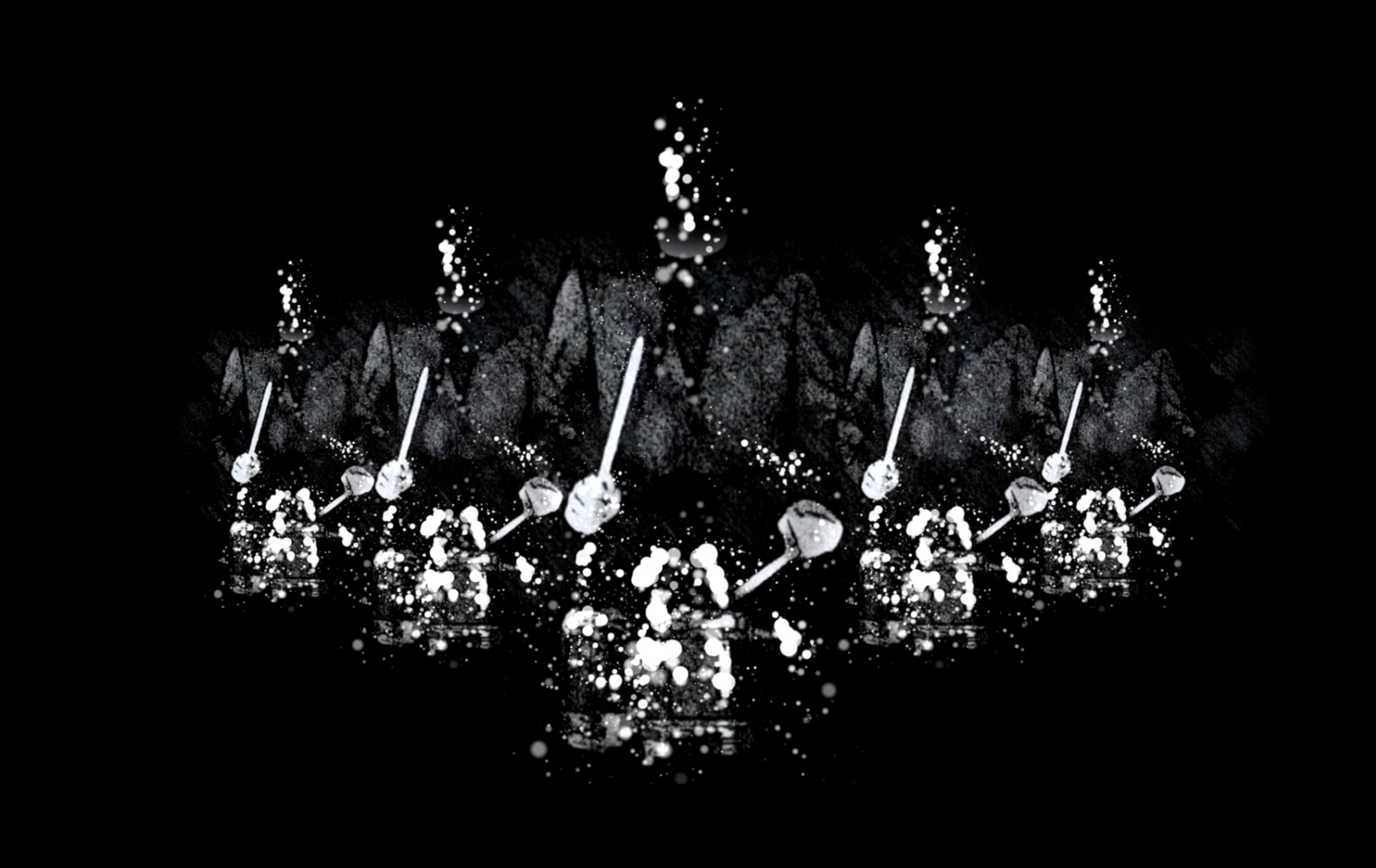 An interview with Hofesh Shechter

‘a work of galvanising challenging power’ – Judith Mackrell, The Guardian

Political Mother was Hofesh Shechter’s first full-length work. It premiered in 2010; a worldwide success he repeated the following year with a choreographer’s cut version for 40 performers that Metro called ‘a howling beast of a dance show’. What does this work mean to him today?

HS: “What comes to mind is the moment I started creating it … I was sitting on a bus, thinking about those first few things and coming up with an idea of the clashing worlds of Political Mother … you know, the different elements and images that it brings.

“To me, it means a phase I had: to really allowing whatever editorial and subject matter came to mind – to allow it to become a dance piece, to try to translate and transform it into a show. So, personally, for me, Political Mother was this vision, something that felt kind of bold internally.”

This was your first full-length piece. Was it also the scale that felt bold?

HS: “Yes, it was more complex in the sense of putting it together, and I knew there would be more time for people sitting inside the piece and watching it, so, in a way, it could go a bit deeper, the impact could be stronger and that was a kind of responsibility I felt.

“I enjoyed it on the one hand and it was a pressure on the other hand. I think the fact that it was a full-length piece for me meant that I could serve a ‘meatier dish’. ”

And just following on from that: we’re 10 years on – has Political Mother changed for you, and if so, how?

HS: “Luckily or unluckily, Political Mother will always feel relevant because it’s dealing with a kind of ‘steamroller’ of social and political structures and that mirrors the reality we live in. But it is about the individual, in a way, facing the political world, even though it doesn’t deal with any politics specifically; it deals with the individual being steamrolled by structures, by massive structures. In that sense, to me, it feels completely relevant.

“It’s a nice twist to make it to be owned by young people. It’s kind of Occupy-style – you give it to the young people to make that statement. And also, with animation, it feels like bringing it to a different realm somehow – to me, it’s connecting to a media that young people are more connected to.

“So, yes, it feels exciting. Of course it will be different, there will be a different cast; it will be edited a bit differently, the animation will change the feel of it … It feels a bit more underground-ish, like a secret uprising movement.

Looking at your work as a choreographer, have you changed how you work over the last 10 years?

HS: “I think I did, especially because I have no ‘way of working’. The only way for me is going into the studio and see what happens, both to me, to the dancers, respond to the reality around me and to the imagery inside, but this is … working as a choreographer is a very dynamic thing; it’s a very dynamic, fluid reality; there’s nothing really you can hang on to.

“We have systems [but] I don’t have a routine in which I am working. You have to make it up from the beginning each time you come to the studio. I would say I evolve – that’s how it feels, there are things that are evolving, and each time I come into the studio again I’m evolved and I’m trying to connect myself at that point of time, and obviously there will be elements that are of a different person. And the guy that was almost 30 years old, or whatever, 29, when I did my first work, now is a different person – that essentially changes the way I work.

Let’s talk about the dancers, Shechter II 2020. Did you look for something specific when you auditioned for POLITICAL MOTHER UNPLUGGED?

HS: “Yes – because I knew exactly which work we were going to do I had a basic energy in mind. […] I’m literally thinking about the piece, I’m thinking about Political Mother, I’m thinking, ‘who will shine in it, who will give something to it, who can take something from it, the dancer who will develop?’ There are lots of elements to it, lots of elements to consider, but I basically look for characters …

“Of course I’m looking for great dancers who can do the movement, who are rhythmical, who are talented, who are good movers, who connect to my style, who connect to the energy of things, but I’m thinking about their character and their function inside that piece and how they would bring it to life. That’s my main consideration when I look at them in an audition.”

Has Political Mother more characters or ‘roles’ than your other pieces?

HS: “Yes, there are sections with different costumes that represent very clearly a different environment, a different situation people are in. But it’s true (and it might be just through the nature of the company at the time when I did the piece) – it is very much a multicultural ‘tribe’.

“It’s also to do with the costumes – they do have some costumes for different parts, but also in some parts they ALL wear different costumes each, which makes you feel like there are different characteristics inflicted on different people. Yes, it is like a mini society, Political Mother.”

What was your artistic vision for the collaboration with Shay Hamias, the Animation Director?

HS: “The stylistic idea is basically black & white – white projection on black cloth. I liked that these elements really simplify what we see. It’s lines, it’s dots, and they’re creating various animation effects, paintings, drawings, digital effects, but it’s all speaking in the language of dots and lines between the abstract and the narrative. They’re verging on psychedelic.

“I have known Shay for many years; I worked with him on his project when he came to London to study animation – he’s been working in this field for, what, 20 years now – but it’s the first time we’re collaborating on one of my projects, actually. I find it creatively completely stimulating and fascinating; the ocean of possibilities when it comes to animation is endless.

“It’s kind of a process I’m used to with my movement material, which is creating a lot of ideas and then narrowing it down to what really works and focuses the right emotions in the right moment.”

Is the intersection of dance and digital technology something you would like to explore more in the future?

HS: “Like I said it is an ocean of possibilities. For me, it will be about narrowing it down to something that really helps us concentrate on the movement qualities or the body, and actually with digital you can really lose that element, and it can become an absolutely visual thing. There is something about the chemistry, the dynamics, the biology of a body that is so powerful in life, and in real life performance, that you can lose for the sake of beauty or impressive imagery. My question with digital will always be, ‘how do you make people feel the skin, the smell, the energy, the motion?’

“Storytelling film, narrative film went a long journey from the beginning of its way. Now you can find films that really make you feel something strong about life, or you really feel that you are being exposed to a real piece of life. For me, these are the powerful films.

“If I will go into digitising dance I think that’s what I would be looking for, how to use that artform – which is so different to dance – to extract some of the essence of live dance and purify it and transmit it in another form. Ambitious.“